(1) “The bodega isn’t just where you get your egg and cheese sandwich and your coffee,” said City Councilman Justin Brannan, who lives in and represents the Bay Ridge neighborhood. “They become these places that come to represent stability in an otherwise unknown and unstable environment.” (“Bodegas, Now More Than Ever,” April 4, 2020, NYTimes). 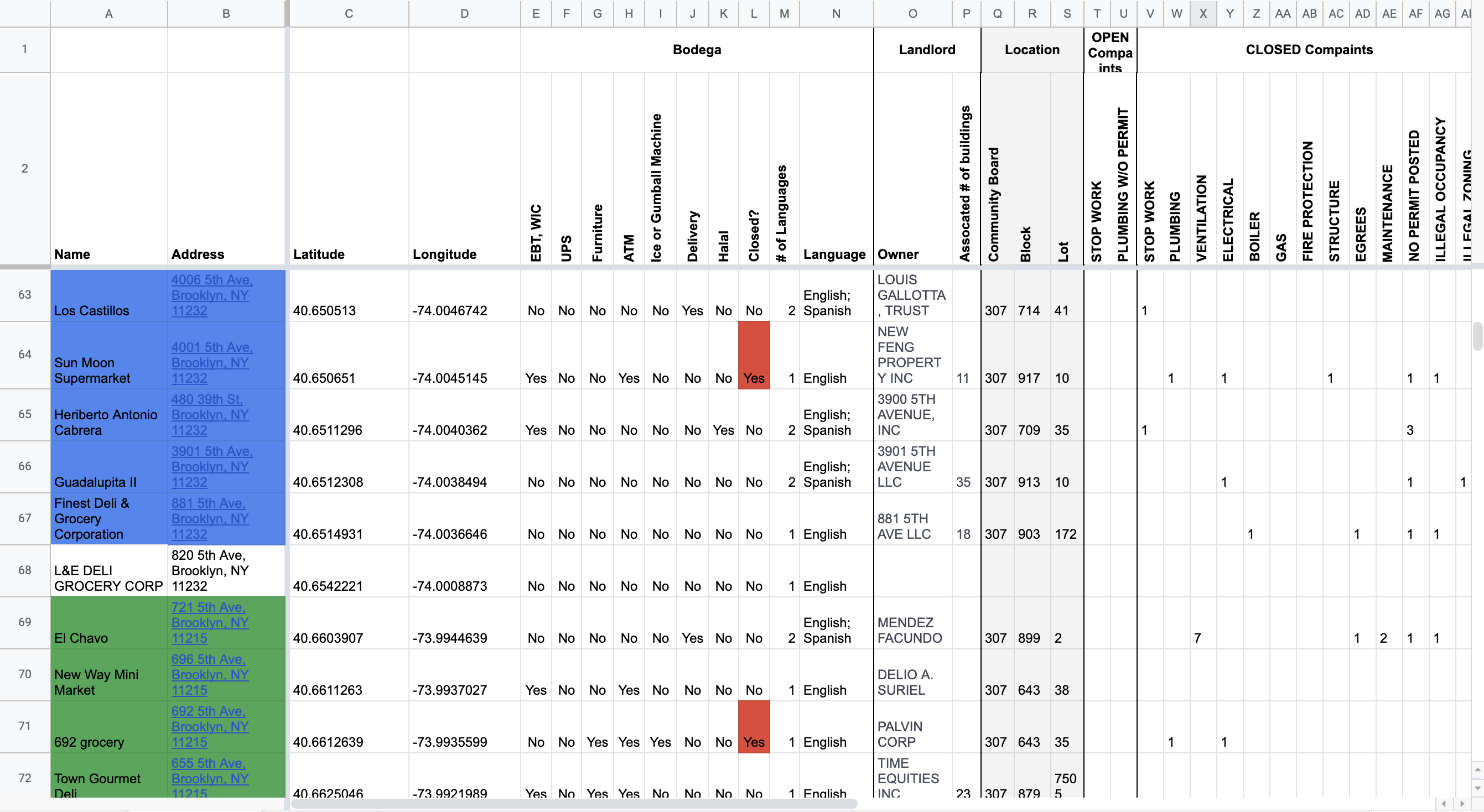 (3) “More than just a convenient place to grab a snack or a meal on the go, these ubiquitous little stores can act as a pantry, as common ground for neighbors from all over the globe, and as a place to find a sense of community.” (“Loving the Bodega Downstairs,” February 10, 2017, NYTimes).


(6) unearth, v. To dig out of the earth; to exhume; to bring to public notice; to uncover


(7) attend, v. (from Latin tendere, to stretch) To be present at; to deal with; to take care of; to listen to; pay attention. 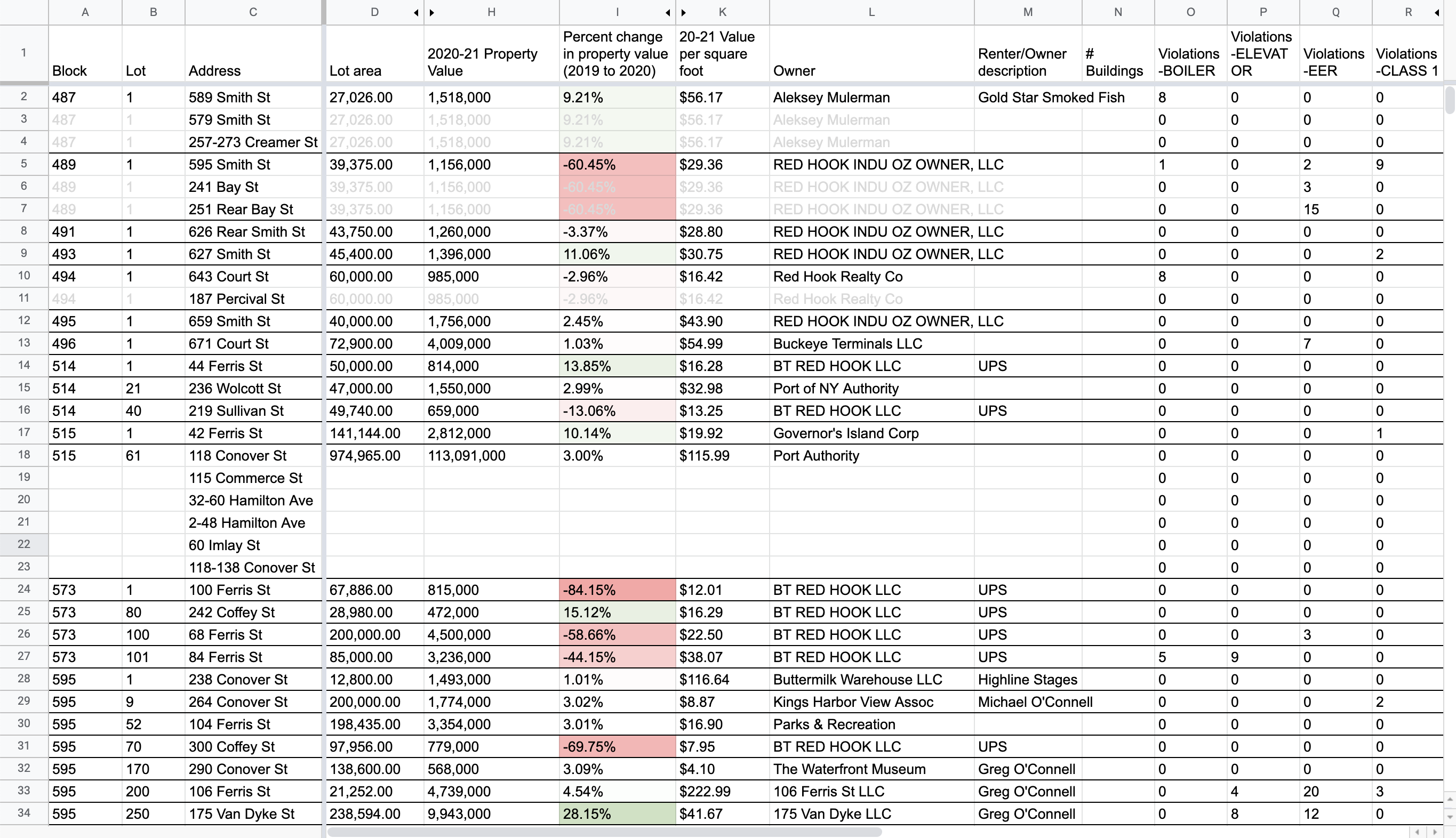 (10) For example, #freedge which offers a guide on How to Start Your Community Fridge and NYC laws that affect community fridges.

We are in Sunset Park—the fourth largest neighborhood in Brooklyn, home to 130,000 people.

The Brooklyn-Queens Expressway and the industrial waterfront are its infrastructural landmarks. But there are many others—parks, schools, bodegas.1

The health, safety, and welfare of this community—particularly that of middle school children—is maintained in many ways. We will focus on two: environmental infrastructure, and care infrastructure. These, in turn, can be understood at multiple scales.

Environments and care are tended to through communal relationships. Bodegas are an infrastructure of care2 which preserve cultural memory through food and language.3 Students gravitate there after school. Though they will leave middle school after three years, the bodega is there for much longer, holding the institutional memory that middle school cannot.

But our current economy treats health, safety, and welfare as something to be calculated, outsourced, taxonomized. This abstraction induces harm4—harm that is often invisible. Communal acts of disruption reveal regimes of imperceptibility.5

How can architects respond to the harm inflicted on health, safety, and welfare in Sunset Park?

We suggest that it is by unearthing6—using architecture to bear witness to the past, revealing invisible violence in the city—and by attending7 to the future—cultivating care by tending to the imagination of students.

The first stake in the ground: make the invisible visible. Dismantle and disrupt regimes of imperceptibility.

Bear witness to past harms in two ways: materialize ecological damage at the scale of the climate8; and substantiate unjust relationships between tenant and landlord through building violations.9

Bear witness to the future: amplify bodega infrastructure to serve communal relationships of care10; encourage the work and imagination of students to amplify their agency in building a just future. 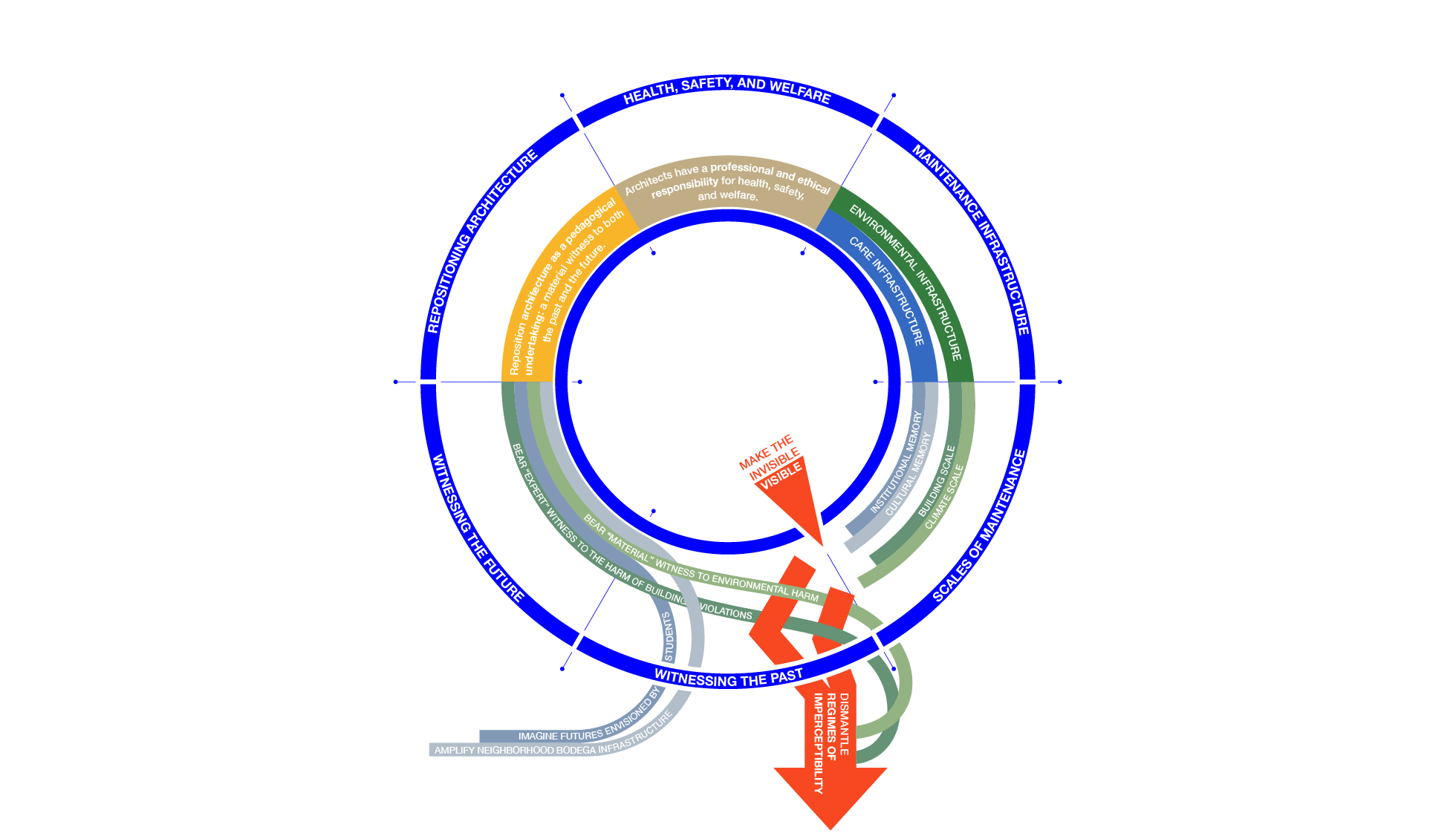